Major audio product manufacturer Jabra has launched its new True Wireless earbuds Jabra Elite 85t in the Indian market. The Jabra Elite 85t comes with Advanced Active Noise Cancellation (ANC) feature. The special thing is that in this earbuds you can also adjust the ANC according to your own. The Jabra Elite 85t has six microphones and wind protection for better calling experience.

The company has claimed a backup of 5.5 hours on the battery of its Jabra Elite 85t, while its battery life has been reported to be up to 25 hours with a charging case. Jabra Elite 85t is Qi-certified i.e. it has support for wireless charging.
The ANC feature given in this earbuds has been specially designed so that you are not disturbed by external noise during use. The company claims that these earbuds are designed in such a way that you can use it comfortably for a long time.

The Jabra Elite 85t has six microphones. Each of the buds supports three mikes, two in the inside and one on the outside. The microphone on the outside controls the sound of the wind. The buds have a 12 mm speaker. In this, you can turn on or off the given ANC mode through the app.

Launching Jabra Elite 85t Dr Amitesh Punhani, Marketing Manager at Jabra India said, ‘We are thrilled about the launch of the Elite 85 T Series in India, which really shows that our commitment to the ANC is no exception. Today’s users demand great devices in small packaging and the Elite 85T meets 100% of this demand. For us, ANC now means Accept No Compromise.

This earbuds is IPX4 rated and comes with a two-year warranty. It is priced at Rs 18,990 and will start selling in Titanium Black colour variant from December 1, 2020, although it will also be introduced in other colour variants in the new year. 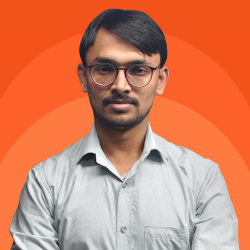 Hi, Friends, my name is Surjeet. I have built this "Technology Best Top 3 Accessories List Website" to earn commission by Amazon.in through share there best offers.